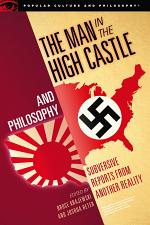 The Man in the High Castle and Philosophy

Authors: Bruce Krajewski, Joshua Heter
Categories: Philosophy
The Man in the High Castle is an Amazon TV show, based on the Philip K. Dick novel, about an “alternate present” (beginning in the 1960s) in which Germany and Japan won World War II, with the former Western US occupied by Japan, the former Eastern US occupied by Nazi 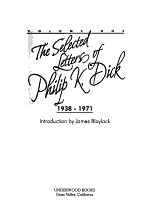 Authors: Philip K. Dick
Categories: Fiction
In this sixth entry in the series of Dick's letters, the great sci-fi author continues his metaphysical and religious quest initiated by the Valis visions of 1974. In these letters to friends, fans, agents, and other sci-fi writers, Dick speculates on the visionary and archetypal material that intruded into his