Introduction by James H. Charlesworth This new edition of David Flusser's classic study of the historical Jesus, revised and updated by his student and colleague R. Steven Notley, will be welcomed everywhere by students and scholars of early Christianity and Judaism. Reflecting Flusser's mastery of ancient literary sources and modern archaeological discoveries, The Sage from Galilee offers a fresh, informed biographical portrait of Jesus in the context of Jewish faith and life in his day. Including a chronological table (330 BC - AD 70), and twenty-eight illustrations, The Sage from Galilee is the culmination of nearly six decades of study by one of the world's foremost Jewish authorities on the New Testament and early Christianity. Both Jewish and Christian readers will find challenge and new understanding in these pages. 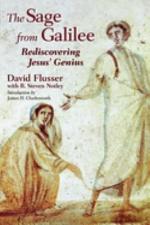 The Sage from Galilee 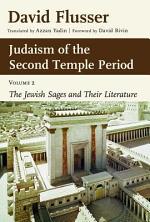 Judaism of the Second Temple Period

Authors: David Flusser
Categories: Religion
David Flusser was a very prolific scholar of the Dead Sea Scrolls, and his contributions to Scrolls research, apocalypticism, and apocalyptic literature are inestimable. With this English translation of many of his essays, Flusser?s insights are now available to a wider audience than ever before. / This second volume in 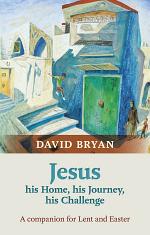 Jesus - His Home, His Journey, His Challenge

Authors: David Bryan
Categories: Religion
This book explores a sequence of important questions about Jesus that have relevance to our own faith journeys; • Where did Jesus start from? • What did he meet on the way, both in the annual journey with his family to Jerusalem for the Passover and also in his inner

Authors: David Flusser
Categories: Religion
David Flusser was an incredibly prolific scholar of ancient Judaism, and his contributions to Dead Sea Scrolls research and apocalyptic literature are inestimable. This English edition makes more of Flusser's insightful work available to a wider audience than ever before. 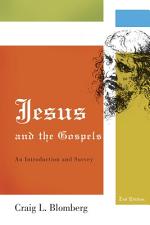 Jesus and the Gospels

Authors: Craig L. Blomberg
Categories: Religion
This second edition of Jesus and the Gospels prepares readers for an intensive study of Matthew, Mark, Luke, John, and the events they narrate. Craig Blomberg considers the historical context of the Gospels and sheds light on the confusing interpretations brought forth over the last two centuries. The original 1997