The New York Times bestselling Cat in the Stacks series continues as librarian Charlie Harris and his cat Diesel must clear a friend when the evidence is stacked against her… Mississippi librarian Charlie Harris and his Maine Coon cat Diesel are on their guard. Oscar Reilly, the new director at the Athena College library, is on a mission to cut costs and has set his sights on the archive and rare book collection. Reilly’s also out to replace Charlie’s fiery friend Melba with someone younger, but his biggest offense is declaring all four-legged creatures banned from the stacks. With enemies aplenty, the suspect list is long when Reilly’s body is discovered in the library, but incriminating evidence throws suspicion on Melba. Charlie is convinced that his friend is no murderer, especially when he catches sight of a menacing stranger lurking around the library. Now he and Diesel will have to read between the lines, before Melba is shelved under “G” for guilty... 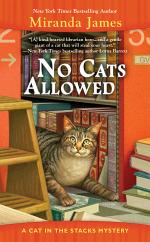 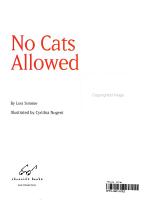 Authors: Lois Simmie
Categories: Juvenile Fiction
When a stray cat gets caught in the rain and wanders into a plush hotel, the manager insists that the cat may stay only until the rain stops.
Language: en
Pages:

Authors: Lois Simmie
Categories: Cats
Narrates the story of a cat sheltering from a rainy night in a fashionable hotel, where he is allowed to stay until the clouds have passed. When the bad weather continues, however, the cat becomes both a fixture and a valuable employee at the hotel. Illustrated in full colour. 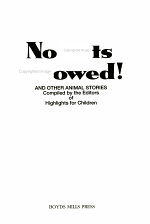 No Pets Allowed! and Other Animal Stories

Authors: Editors of Highlights
Categories: Juvenile Fiction
A collection of humorous stories about cats, dogs, and other animals