A ‘mate’ is a mate, right? Wrong, argues Nick Dyrenfurth in this provocative new look at one of Australia’s most talked-about beliefs. In the first book-length exploration of our secular creed, one of Australia’s leading young historians and public commentators turns mateship’s history upside down. Did you know that the first Australians to call each other ‘mate’ were business partners? Or that many others thought that mateship would be the basis for creating an entirely new society — namely, a socialist one? For some, the term ‘mate’ is ‘the nicest word in the English language’; for others, it represents the very worst features in our nation’s culture: conformity, bullying, corruption, racism, and misogyny. So what does mateship really mean? Covering more than 200 years of white-settler history, Mateship demonstrates the richness and paradoxes of the Antipodean version of fraternity, and how everyone — from the early convicts to our most recent prime ministers, on both sides of politics — have valued it. PRAISE FOR NICK DYRENFURTH ‘[A] detailed, nuanced and readable study, which charts the evolution of the concept in all its complexity’ The Sydney Morning Herald ‘[A] provocative and insightful book … the first significant exploration of what the author terms “our secular egalitarian creed” since Russel Ward’s path-breaking 1958 work The Australian Legend.’ The Australian 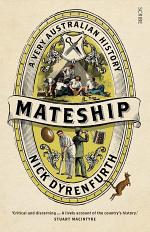 The Write Stuff Voice of Unity on Labor's Future

Authors: Misha Zelinsky
Categories: History
The Australian Labor Party has forgotten how to win national elections. Federal Labor finds itself with only one in three Australians prepared to give it their vote. It has arrived at a historic tipping point that if not fixed potentially spells the end for one of the world's oldest and

A Powerful Influence on Australian Affairs

Authors: Nick Dyrenfurth
Categories: History
In this new history of the Australian Workers' Union, prominent author Nick Dyrenfurth traces the fortunes of the nation's oldest continuously operating trade union from its origins in the shearing sheds of the late nineteenth century through to it present-day representation of modern Australia's diverse workforce. The 131-year-old AWU's coverage
Language: en
Pages:

Authors: Nick Dyrenfurth
Categories: History
Getting the Blues takes stock of what many are calling Labor's unlosable election and presents a blueprint for Labor's renewal. It begins by taking stock of the last turbulent decade of Australian politics, traces the nation's embrace of a Messiah complex and consider whether the nation has become ungovernable, before

Authors: Nick Dyrenfurth
Categories: History
Australia is rapidly becoming a nation of renters. Home ownership is increasingly out of reach of working class and middle Australia, with intergenerational equity implications. Australians engaged in the private rental market are renting for longer with decreasing prospects of entering the property-owning market. In the context of increasing insecure