Nobel Prize–winning author S. Y. Agnon was the foremost Hebrew writer of the twentieth century. His work navigated the world of Jewish tradition and that of secular modernity, capturing the conflict between old and new. In Language, Absence, Play, Yaniv Hagbi explores Agnon’s theological and philosophical attitudes toward language, attitudes that to a large extent shaped his poetics and aesthetic values. Drawing on anthologies of traditional Jewish texts compiled by Agnon, among others, Hagbi examines his theoretical orientation and the way he integrated into his poetics ideas about language that are rooted in Jewish theology. In doing so, Hagbi casts light on profound parallels between religiously inspired Jewish hermeneutics and the language-centered superstructuralist theories that have dominated academic discourse in the humanities from the mid–twentieth century. With deep insight and lucid prose, Language, Absence, Play demonstrates how the traditional and the contemporary forces shaping Agnon’s literary art inform and transform each other. 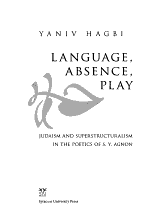 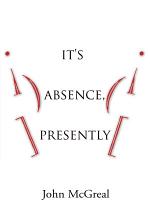 Authors: John McGreal
Categories: Literary Collections
It’s Silence, Soundly, It’s Nothing, Seriously and It’s Absence, Presently, continue The ‘It’ Series published by Matador since The Book of It (2010). They constitute another stage in an artistic journey exploring the visual and audial dialectic of mark, word and image that began over 25 years ago. In their 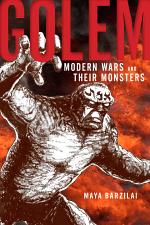 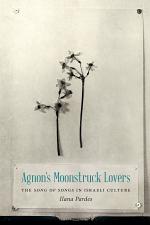 Authors: Ilana Pardes
Categories: History
Agnon's Moonstruck Lovers explores the response of Israel’s Nobel laureate S. Y. Agnon to the privileged position of the Song of Songs in Israeli culture. Standing at a unique crossroads between religion and secularism, Agnon probes the paradoxes and ambiguities of the Zionist hermeneutic project. In adopting the Song, Zionist 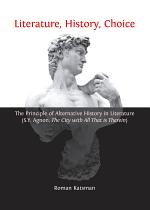 Authors: Roman Katsman
Categories: Literary Criticism
Starting with a discussion on the elements of the genre of alternative (counterfactual) history and on its place between the poles of historical determinism and relativism, this book develops a literary theory of the historical alternativeness principle and applies it to the reading of The City with All That is