The incredible story of the creation of a continent—our continent— from the acclaimed author of The Last Volcano and Mask of the Sun. The immense scale of geologic time is difficult to comprehend. Our lives—and the entirety of human history—are mere nanoseconds on this timescale. Yet we hugely influenced by the land we live on. From shales and fossil fuels, from lake beds to soil composition, from elevation to fault lines, what could be more relevant that the history of the ground beneath our feet? For most of modern history, geologists could say little more about why mountains grew than the obvious: there were forces acting inside the Earth that caused mountains to rise. But what were those forces? And why did they act in some places of the planet and not at others? When the theory of plate tectonics was proposed, our concept of how the Earth worked experienced a momentous shift. As the Andes continue to rise, the Atlantic Ocean steadily widens, and Honolulu creeps ever closer to Tokyo, this seemingly imperceptible creep of the Earth is revealed in the landscape all around us. But tectonics cannot—and do not—explain everything about the wonders of the North American landscape. What about the Black Hills? Or the walls of chalk that stand amongst the rolling hills of west Kansas? Or the fact that the states of Washington and Oregon are slowly rotating clockwise, and there a diamond mine in Arizona? It all points to the geologic secrets hidden inside the 2-billion-year-old-continental masses. A whopping ten times older than the rocky floors of the ocean, continents hold the clues to the long history of our planet. With a sprightly narrative that vividly brings this science to life, John Dvorak's How the Mountains Grew will fill readers with a newfound appreciation for the wonders of the land we live on. 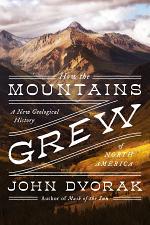 How the Mountains Grew

Authors: John Dvorak
Categories: Antiques & Collectibles
The incredible story of the creation of a continent—our continent— from the acclaimed author of The Last Volcano and Mask of the Sun. The immense scale of geologic time is difficult to comprehend. Our lives—and the entirety of human history—are mere nanoseconds on this timescale. Yet we hugely influenced by

How Mountains Are Made

Authors: Kathleen Weidner Zoehfeld
Categories: Juvenile Nonfiction
A mountain might be thousands of feet high, but it can still grow taller or shorter each year. This classic picture book explores how mountains are made—including how Mount Everest grew from a flat plain under an ocean to become 29,028 feet tall! Now rebranded with a new cover look, 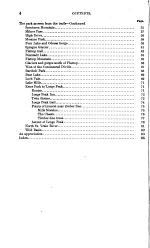 The Geologic Story of the Rocky Mountain National Park, Colorado 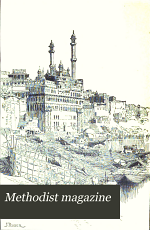 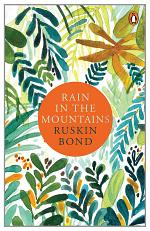 Rain in the Mountains

Authors: Ruskin Bond
Categories: Fiction
Rain in the Mountains brings together some of Ruskin Bond’s most beautiful works from his years spent in the foothills of the Himalayas in the town of Mussoorie. Through vivid images and lucid writing, Bond evokes the everyday sights and sounds, and captures the essence of mountain life. The musings