How a humble Devon knight became a king’s coroner: the thrilling prequel to the perennially popular Crowner John medieval mystery series, set in twelfth-century England. 1192. At the end of the Third Crusade, Richard the Lionheart, King of England, sets sail for home from the Holy Land. Sir John de Wolfe, a Devon knight, is part of the king’s small bodyguard on that ill-fated voyage – and during the journey, Sir John’s loyalty to the monarch is tested to the limit. On his return, Sir John finds England simmering with rebellion. Richard’s younger brother John has used the king’s absence to plot to seize the throne, and the country is a hotbed of unrest. Discovering a body washed up on the shores of the River Exe, its throat cut, Sir John deduces from the device etched on the victim’s signet ring that he was a king’s courier. Tasked by Sir Hubert Walter, the Chief Justiciar, to find out why the man died and who killed him, de Wolfe finds himself drawn unwillingly into affairs of state. His new career as a king’s coroner is about to begin . . . 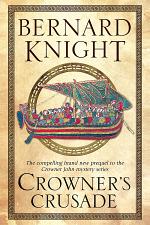 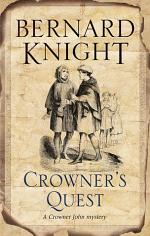 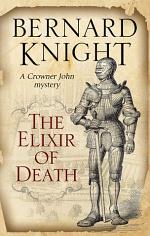 The Elixir of Death

Authors: Bernard Knight
Categories: Fiction
Coroner Sir John gets mixed up in alchemy in this twisty instalment in the Crowner John medieval mystery series, set in twelfth-century England. 1195. Prince John plots to seize the throne from his brother, Richard the Lionheart – and he is supported in his wicked schemes by King Philip of 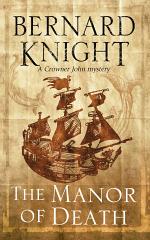 The Manor of Death

Authors: Bernard Knight
Categories: Fiction
Coroner Sir John is caught up in a seafaring conspiracy in this entertaining instalment in the Crowner John medieval mystery series, set in twelfth-century England. 1196. When an unidentified body is discovered in the harbour town of Axmouth, twenty miles from Exeter, Sir John de Wolfe, the county coroner, is 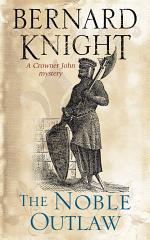 Authors: Bernard Knight
Categories: Fiction
Coroner Sir John investigates a returning crusader forced to live as an outlaw in this engaging instalment in the Crowner John medieval mystery series, set in twelfth-century England. Exeter, 1195. Renovations at a school in Smythen Street are disrupted by the shocking discovery of a partially mummified corpse hidden in