In 2005, the celebrated scholar of Japanese literature Haruo Shirane published Classical Japanese: A Grammar. Now, with Classical Japanese Reader and Essential Dictionary, he completes his two-volume textbook for learning classical, or literary, Japanese?the primary written language in Japan from the seventh to the mid-twentieth century. The text contains carefully selected readings that address a wide array of grammatical concerns and that steadily progress from easy to difficult. The selections encompass a wide range of historical periods and styles, including essays, fiction, and poetry from such noted works as The Tale of Genji, The Tales of Ise, The Pillow Book, The Tales of the Heike, and Essays in Idleness, and such authors as Ihara Saikaku, Matsuo Basho, Ueda Akinari, Motoori Norinaga, and Fukuzawa Yukichi. Each reading is accompanied by a short English introduction, a vocabulary list, and extensive grammatical notes, and ends with a comprehensive grammatical annotation. The classical Japanese-English dictionary composes the last third of the book and features approximately 2,500 key words, highlighting those used most frequently. The first of its kind, this volume is a vital tool for students, scholars, and translators of classical Japanese. 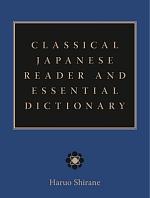 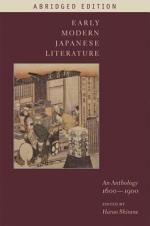 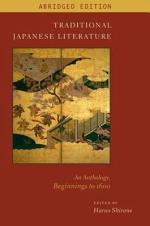 Authors: Haruo Shirane
Categories: History
Haruo Shirane's critically acclaimed Traditional Japanese Literature: An Anthology, Beginnings to 1600, contains key examples of both high and low styles of poetry, drama, prose fiction, and essays. For this abridged edition, Shirane retains substantial excerpts from such masterworks as The Tale of Genji, The Tales of the Heike, The 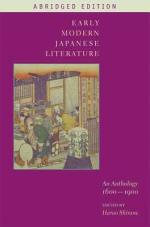 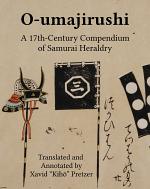 Authors: Haruo Shirane
Categories: History
A translation of a unique 17th-century compendium of samurai heraldry, annotated with the symbolism and stories behind the banners. O-umajirushi is the earliest surviving color compendium of Japanese crests and heraldry. At the time, woodblock printing was just starting to allow for widespread distribution of books in Japan. O-umajirushi took