This handy hilarious handbook reveals the reason radio ranked Bob and Ray as American’s #1 comedy team in just two words: Tom Koch. Actually, the book is 68 pages, which may seem like a two-word booklet, but in reality is the result of insidious inspiration: we want its convenient size to fit inside your pocket or to be easily concealed behind the covers of more respectable books in public. Bob Elliott and Ray Goulding were an American comedy team during the Old Time Radio era that spanned five decades. Their format characteristically satirized media, as they conducted radio and television interviews with off-the-wall dialogue presented in a generally deadpan style as a serious broadcast. Informal on the air banter and improvised comedy routines echoed through the studios of NBC, CBS, and Mutual networks, and on New York City stations WINS, WOR, and WHN, and they were popular on National Public Radio (NPR) up until 1987. Some of their radio episodes were released on recordings, and others were adapted into graphic story form for publication in Mad magazine. Bob and Ray disguised their voices as a variety of recurring characters, creating a multi-layered world that parodied the real-life world of radio broadcasting. In the early 1950s, the two had their own 15-minute television series, entitled simply Bob & Ray on NBC with Audrey Meadows as a cast regular. During the second season, the title changed to Club Embassy, and Cloris Leachman joined the cast as a regular. Bob and Ray also hosted a Mark Goodson-Bill Todman game show, The Name's the Same, which was emceed originally by Robert Q. Lewis. In 1971, Bob and Ray lent their voices to the children's television program, The Electric Company, in a pair of short animated films. In 1979, they returned to national TV on the original Saturday Night Live. Bob and Ray also appeared on The Ed Sullivan Show several times in the late 1950s and early 1960s; they appeared on the Tonight Show with Johnny Carson and on The David Letterman Show throughout the 1970s and 1980s. Bob and ray starred in a pair of two-man stage shows: The Two and Only on Broadway in 1970, and A Night of Two Stars at Carnegie Hall in 1984. They also did extensive work in radio and television commercials, and enjoyed supporting roles in the feature films Cold Turkey (1971) with Dick Van Dyke and Author! Author! (1982). "I love it . . . I will put it next to my Capt. Marvel necktie, Porky Pig soap dish, and my bottomless Don Knotts calendar!" – Gary Owens 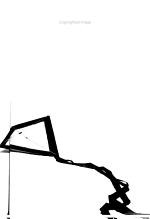 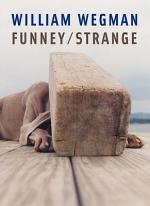 Authors: Joan Simon, William Wegman, Brooklyn Museum
Categories: Art
An examination of William Wegman and how he transposes images of daily life to reflect both beauty and absurdity.