The Pulitzer Prize–winning historian talks with some of twentieth century’s most iconic musicians—“Riveting . . . Just about every interview has a revelation” (San Francisco Chronicle). Through the second half of the twentieth century, Studs Terkel hosted the legendary radio show “The Wax Museum,” presenting Chicago’s music fans with his inimitable take on music of all kinds, from classical, opera, and jazz to gospel, blues, folk, and rock. Featuring more than forty of Terkel’s conversations with some of the greatest musicians of the past century, And They All Sang is “a tribute to music’s universality and power” (Philadelphia Inquirer). Included here are fascinating conversations with Louis Armstrong, Leonard Bernstein, Big Bill Broonzy, Bob Dylan, Dizzy Gillespie, Mahalia Jackson, Janis Joplin, Rosa Raisa, Pete Seeger, and many others. As the esteemed music critic Anthony DeCurtis wrote in the Chicago Tribune, “the terms ‘interview’ or ‘oral history’ don’t begin to do justice to what Terkel achieves in these conversations, which are at once wildly ambitious and as casual as can be.” Whether discussing Enrico Caruso’s nervousness on stage with opera diva Edith Mason or the Beatles’ 1966 encounter in London with revered Indian sitar player Ravi Shankar, “Terkel’s singular gift for bringing his subjects to life in their own words should strike a chord with any music fan old enough to have replaced a worn-out record needle” (The New York Times). “Whether diva or dustbowl balladeer, Studs treats them all alike, with deep knowledge and an intimate, conversational approach . . . as this often remarkable book shows, Studs Terkel has remained mesmerized by great music throughout his life.” —The Guardian “[Terkel’s] expertise is evident on every page, whether debating the harmonic structure of the spirituals or discerning the subtleties of Keith Jarrett’s piano technique . . . As ever, he is the most skillful of interviewers.” —The Independent “What makes And They All Sang a rousing success isn’t just Terkel’s phenomenal range and broad knowledge, it’s his passionate love of the music and his deep humanity.” —San FranciscoChronicle 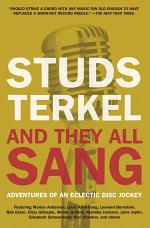 And They All Sang

Authors: Studs Terkel
Categories: Performing Arts
The Pulitzer Prize–winning historian talks with some of twentieth century’s most iconic musicians—“Riveting . . . Just about every interview has a revelation” (San Francisco Chronicle). Through the second half of the twentieth century, Studs Terkel hosted the legendary radio show “The Wax Museum,” presenting Chicago’s music fans with his 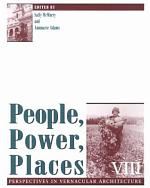 Authors: Sally Ann McMurry, Annmarie Adams
Categories: Architecture
From workers' cottages in Milwaukee's Polish community to Alaskan homesteads during the Great Depression, from early American retail stores to nineteenth-century prisons, different types of buildings reflect the diverse responses of people to their architectural needs. Through inquiry into such topics, the contributors to this volume examine a variety of 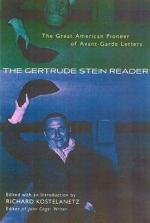 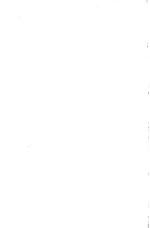 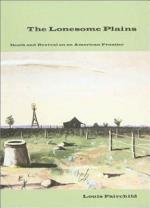 Authors: Louis Fairchild
Categories: History
Loneliness pervaded the lives of pioneers on the American plains, including the empty expanses of West Texas. Most settlers lived in isolation broken only by occasional community gatherings such as funerals and religious revivals. In The Lonesome Plains, Louis Fairchild mines the letters and journals of West Texas settlers, as