"Experience the thrill of flying some of the world's most important airplanes and spacecraft. Best of the National Air and Space Museum provides unprecedented access to the most popular museum in the world. The Smithsonian's National Air and Space Museum hosts an average of seven million visits every year, and the Udvar-Hazy Center--three football fields long and ten stories high--is a phenomenon in its own right: in the first week it was opened, some 250,000 people came through the doors. It now receives more than one million visits annually. Best of the National Air and Space Museum features the best of both museums, from the Challenger space shuttle and the Wright flyer to the Spirit of St. Louis and the stealth bomber. Bob Van der Linden, curator of aeronautics, has selected the most historically important, popular, and just plain impressive aircraft and spacecraft from the collections of both museums to be captured in the book's beautiful full color layouts. Each layout includes intriguing facts of the item's design, use, mission, specifications, and dimensions. It's like your own guided tour!"--Wheelers.co.nz. 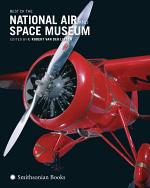 Best of the National Air and Space Museum 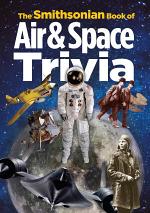 Authors: Smithsonian Institution
Categories: Games & Activities
Who was the first person to dine in space? How long was the Wright brothers's first successful flight? What famous aircraft was named after a grape-flavored soft drink? What toy based on an animated film accompanied astronauts on a shuttle mission in 2000? These questions and many more are answered 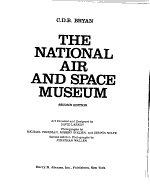 The National Air and Space Museum

Authors: Amanda Joan Young, Mark Avino
Categories: Science
Presents a history of space suits, from the first pressurized suits in the 1930s to the present day, along with a collection of photographs of mission suits, prototypes, and training gear. 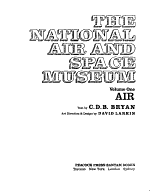