Ivor Noël Hume has devoted his life to uncovering countless lives that came before him. In A Passion for the Past the world-renowned archaeologist turns to his own life, sharing with the reader a story that begins amid the bombed-out rubble of post–World War II London and ends on North Carolina’s Roanoke Island, where the history of British America began. Weaving the personal with the professional, this is the chronicle of an extraordinary life steered by coincidence scarcely believable even as fiction. Born into the good life of pre-Depression England, Noël Hume was a child of the 1930s who had his silver spoon abruptly snatched away when the war began. By its end he was enduring a period of Dickensian poverty and clinging to aspirations of becoming a playwright. Instead, he found himself collecting antiquities from the shore of the river Thames and, stumbling upon this new passion, becoming an "accidental" archaeologist. From those beginnings emerged a career that led Noël Hume into the depths of Roman London and, later, to Virginia’s Colonial Williamsburg, where for thirty-five years he directed its department of archaeology. His discovery of nearby Martin’s Hundred and its massacred inhabitants is perhaps Noël Hume’s best-known achievement, but as these chapters relate, it was hardly his last, his pursuit of the past taking him to such exotic destinations as Egypt, Jamaica, Haiti, and to shipwrecks in Bermuda. When the author began his career, historical archaeology did not exist as an academic discipline. It fell to Noël Hume’s books, lectures, and television presentations to help bring it to the forefront of his profession, where it stands today. This story of a life, and a career, unlike any other reveals to us how the previously unimagined can come to seem beautifully inevitable. 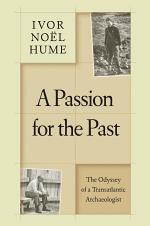 A Passion for the Past

Authors: Ivor Noël Hume
Categories: Social Science
Ivor Noël Hume has devoted his life to uncovering countless lives that came before him. In A Passion for the Past the world-renowned archaeologist turns to his own life, sharing with the reader a story that begins amid the bombed-out rubble of post–World War II London and ends on North 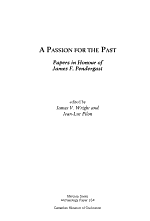 A Passion for the Past

Authors: Canadian Museum of Civilization
Categories: Language Arts & Disciplines
A Passion for the Past presents a collection of 22 articles brought together to celebrate the late Lieutenant-Colonel James F. Pendergast, Hon.D.Sc., who passed away in 200. The book covers a wide range of subject matter, including a number of texts on the St. Lawrence Iroquoians - a subject dear 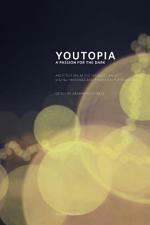 Youtopia. a Passion for the Dark

Authors: Dagmar Rheinhardt
Categories: Architecture
Youtopia A Passion for the Dark celebrates architecture at the intersection of Digital Processes and Theatrical Performance. 'Youtopia' pursues dreams: of other spaces and times; of outrageous and fascinating experiences; of the glamour and lights of the Sydney Festival. The book reviews design conversations between architectural practice, architectural theory, audio 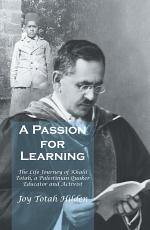 A Passion for Learning

Authors: Joy Totah Hilden
Categories: Biography & Autobiography
Khalil Totahs life spanned the waning days of the Ottoman Empire, the British Mandate in Palestine, and the foundation of the state of Israel. His passion for education drove him to leave his native Palestine for the US in 1906 to complete his education, which culminated in a PhD from 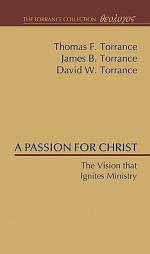 A Passion for Christ

Authors: Thomas F. Torrance, James B. Torrance, David W. Torrance
Categories: Religion
In a culture increasingly secular in its pursuits and indifferent to the voice of the church, how may we ignite the fire for ministry that will bring the gospel to the world? How can weary pastors be sustained amidst a climate of doubt and resistance? For more than half a